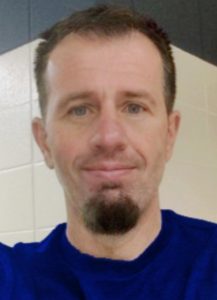 Goran Nikolic has a long and varied basketball career.  He currently is the JV boys' coach at New Berlin Eisenhower, where his 2017-18 team went 21-1 and averaged an astounding 12 made 3-pointers per game. Prior boys' coaching stints include assistant coach at Burlington and head varsity coach at Westosha Central. He has also been the head varsity girls’ coach at Wauwatosa West (1 season), Burlington (3 seasons), and Cudahy (11 seasons), where he finished with 9 straight winning seasons and set the all-time career record in coaching victories (146).  His Cudahy teams were back-to-back Regional Champs in 2008 and 2009.  He also served as a coach at the Brandon Jennings basketball camps.

Goran played at Cudahy and then collegiately at UW-Milwaukee, and he also played in the NBA In the Paint League. At UW-Milwaukee, he studied Psychology/History/Philosophy, serving as a graduate assistant in Psychology.  Goran started coaching with Impact in 2013, and he will be the head coach for the Blue team in 2020.